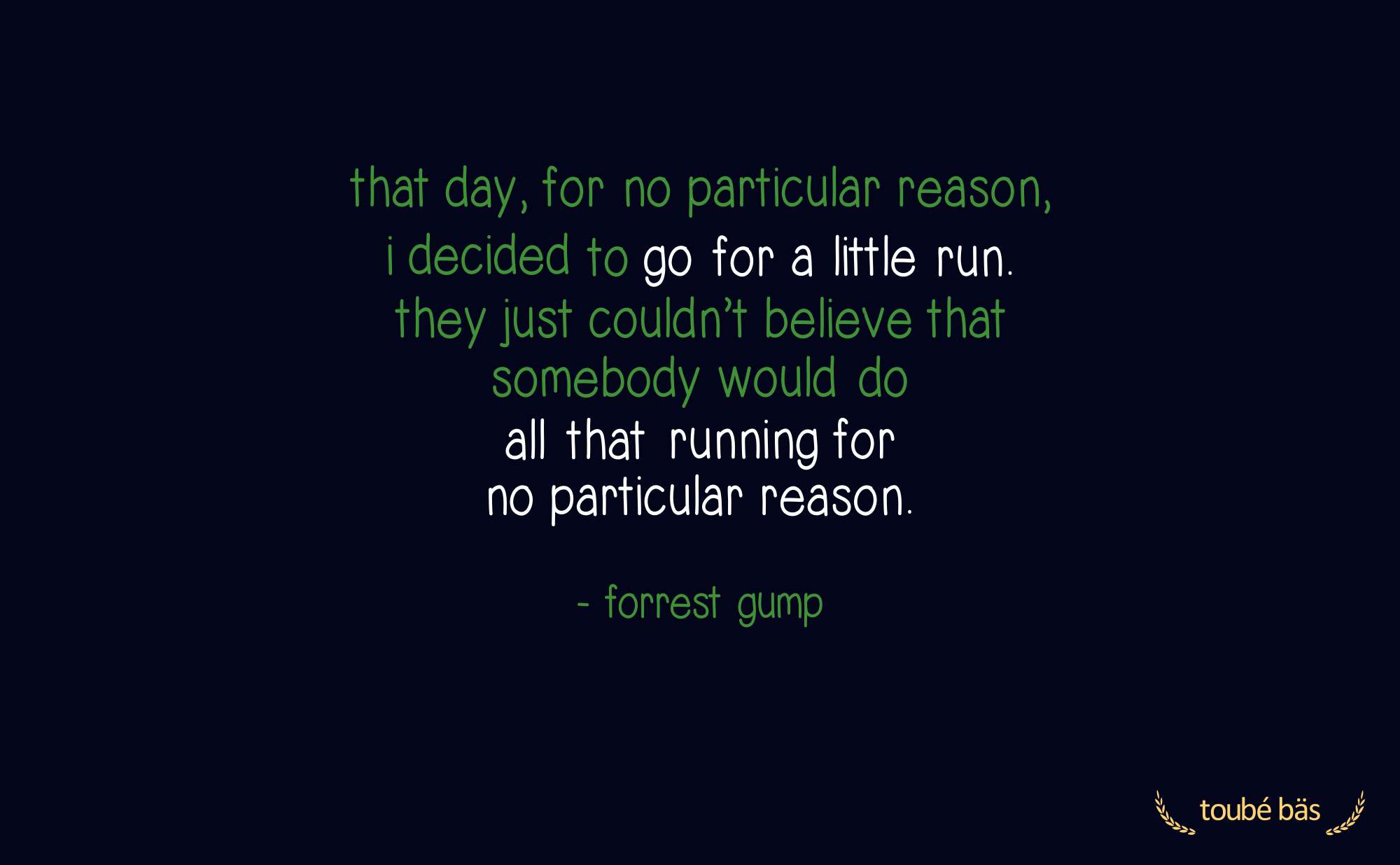 Many of you have asked me this question or have at least thought about it, so here’s a little recap of my running journey that I hope you will be able to relate to and maybe even gain a little motivation from.

Until a few years ago, I absolutely hated running. My husband and sister in law (who is a marathoner herself) can attest to this. A few years ago, my sister in law and I had joined a fitness bootcamp and would wake up early 3-4 days a week to make the workout. Every night during those few months of bootcamp, I would go to bed praying that the trainer doesn’t make us run as part of the drill the next morning. The days that he did make us run, I would always take the short cut (short to a 0.25 mile long cut) 🙂 That is how much I despised running!

I’m not sure what it was- the heavy breathing, the slight pain in my stomach, the boredom of just hitting the pavement without any real purpose or just that feeling of dying two minutes into the run- that made the whole running process so unattractive. Whatever it was, it was powerful enough for me to never try running on my own. I was a Yoga girl, I liked the calm of a controlled Yoga room, the deep thoughtful breathing during the flow, the easy to follow movements and just the general peaceful energy of that Yoga environment. I vividly remember thinking to myself- I wasn’t meant for running, it’s not my ‘thing’. Until one day, a family friend asked us (my sister in law, husband and I) to join her for a fun 5k run called the Electric run. The idea of an electric run sounded amazing but the run part not so much. I tried to train for it, followed some ‘Couch to 5k’ plan but didn’t get too far on it. Nevertheless, I ran/walked that race and had a blast. I enjoyed it so much that I signed up with my husband and friends for all kinds of 5ks- Color run, Bubble run, Splash run, Santa run, etc.

In 2015, at a dinner with some girlfriends my good friend Tracey talked about this really interesting lululemon (athletic clothing brand) sponsored annual destination run in Vancouver- SeaWheeze. It basically sounded like a perfect getaway with some girlfriends who shared love for shopping lululemon, Yoga and running (ok, so I didn’t really love running at that point but the other two I was totally in love with, I mean they pretty much had me at lululemon). I remember going home that night and looking it up, it looked like so much fun. I flirted with the idea of running SeaWheeze for the next couple of days and before I knew it I had signed up for it. Now, since I was signed up,  I had to train for it because I knew this was going to be very different than a 5k. Tracey and I started running together over the weekends, which was basically me dragging my feet and her just being patient and chatty to distract me from listening to the voice in my head that told me to stop. She suggested I run one half marathon in preparation for SeaWheeze, not something I had planned to do but I like being prepared, so I signed up for OC Half Marathon. We ran almost every weekend prior to that race and once or twice over the weekdays. We started with just a couple of miles and the farthest we went before the race was 10 miles. I cannot express in words the sense of accomplishment I felt after finishing that 10 mile distance. I felt like a ‘runner’ that day.

I ran my first half marathon in May, 2015 in my hometown of Orange county with the support of friends and family. I ran SeaWheeze next, in August of the same year and then the Long Beach half in November. In February of 2016, I ran Surf City Half in Huntington Beach, then Disney’s Tinkerbell at Disneyland in May, and then SeaWheeze again in August. Last year, I ran a local 10k and Mountain to Beach half marathon. I’m signed up for San Diego Half Marathon in March of this year. Can you tell I’m hooked?

Here’s my advice to any one that has even a little bit desire to start running- first and foremost, find a running partner who can get you over the fear of running. If it wasn’t for Monica I would have never considered running, if it wasn’t for Tracey I wouldn’t have kept running- thank you to you both. Second, find a fun race to sign up with your friends, maybe a 5k that will get you excited enough to get you out of your comfort zone and make you want to run. Third, if possible- try to run first thing in the morning or pick a time that you could consistently run at. I speak from experience, I get lazy about running; I find reasons not to run and run is the easiest thing on my list of things to do that I feel I can put off. By running first thing in the  morning, I don’t have to think about running, I can’t put it off because I don’t give my mind the chance to talk me out of it. Last but not the least, set a goal and run after it, literally 🙂

I have ran many miles, with and without friends and I can tell you my motivation is not purely fitness driven. I see the purpose in hitting the pavement now- as cliched as it may sound, it clears my head; it takes me away from whatever else is going on at work or home or in my surroundings. And the best part is unlike many other forms of exercises- running doesn’t cost me anything. I just have to put on my running shoes and I can go for a run any day, any time, any place at my convenience. Whether I run a mile or 10 miles, I feel a sense of accomplishment every time I come back from a run. It’s knowing that I put in the effort and I’m better for it.

If someone would have told me three years ago that I will be finishing a 80km challenge in 11 days, I would have probably considered them insane. Today, I’m here to tell you that not only did I finish the 80km challenge, I’m signed up for 1000 miles in 2018 challenge. Much like Forrest Gump, for the most part I now run for ‘no particular reason’. I don’t run to lose weight or to get toned, I run for peace of mind and for the sense of achieving something that the little voice in my head always said I could not achieve.

One thought on “Why I run?”